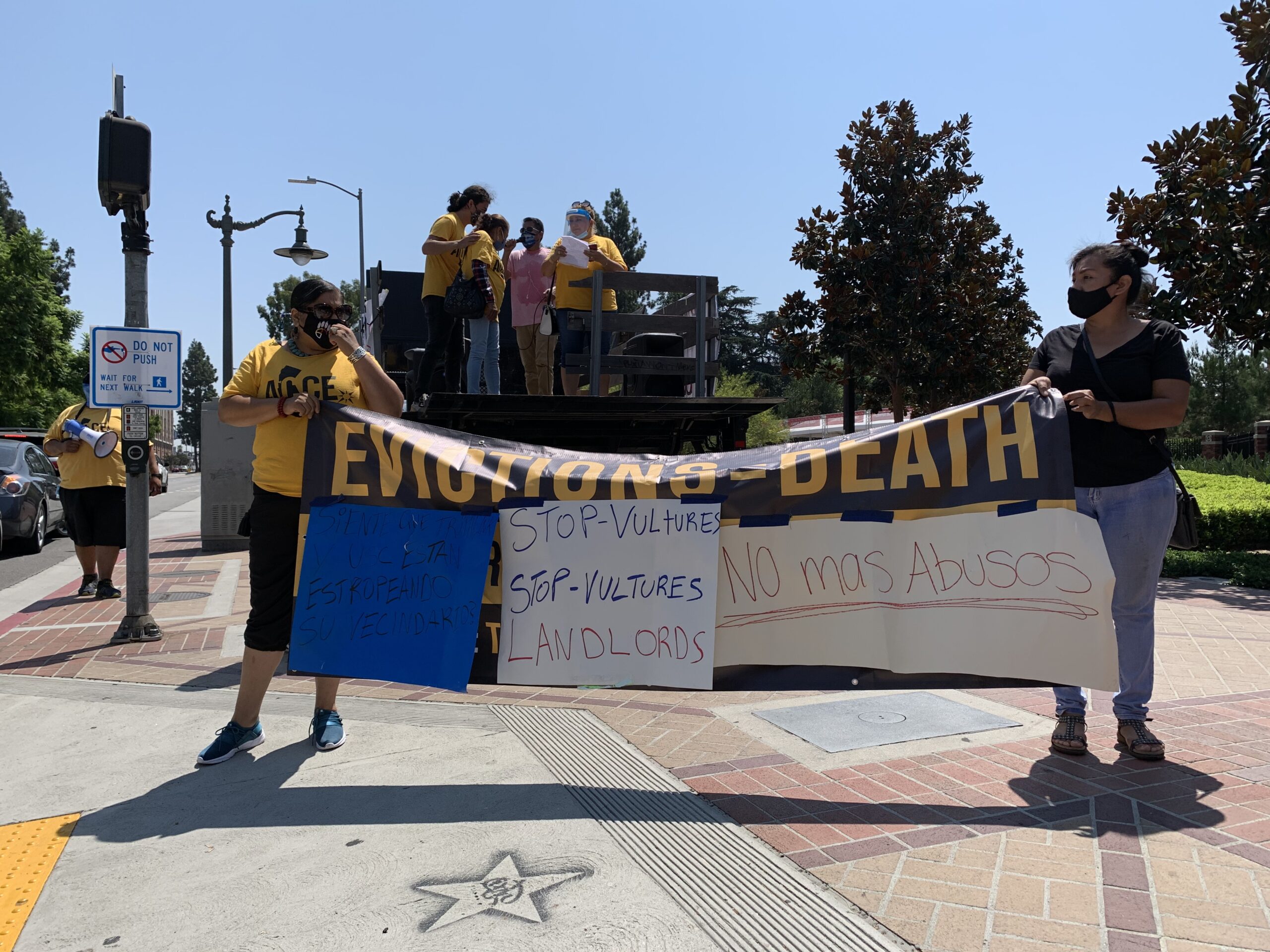 USC Forward joined scores of South Los Angeles residents, clergy, and labor allies in a car caravan through South LA to USC demanding the Los Angeles City Council develop affordable housing at the site of the former Bethune Library, a site that has been selected for the development of a new luxury hotel. 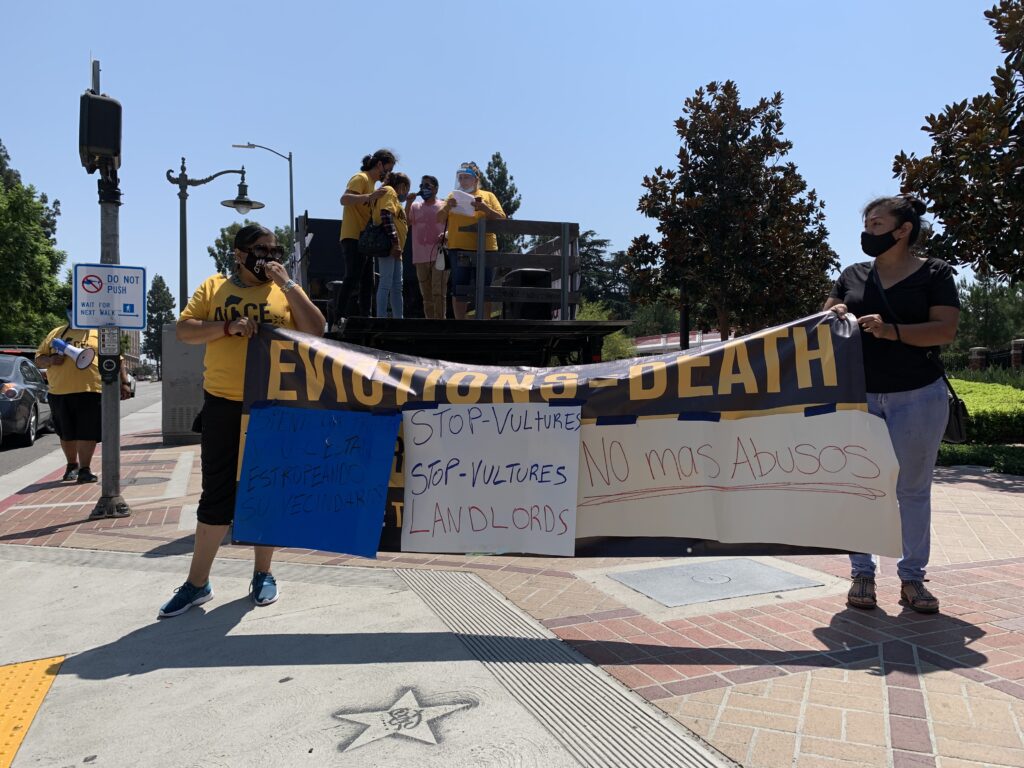 Our action comes just weeks after a letter signed by over 20 South LA community organizations was sent to Los Angeles City Councilmembers, calling on elected officials to prioritize public land for public good.
The ongoing gentrification and rapid development of South Los Angeles has had a devastating impact on long-time residents, and has already led to massive displacement. A 2013 study determined that more than 80% of families that lived on the two blocks of 36th Place between Catalina Street and Vermont Avenue—half of a block north of the Bethune Library site—were displaced between 2003 and 2013. 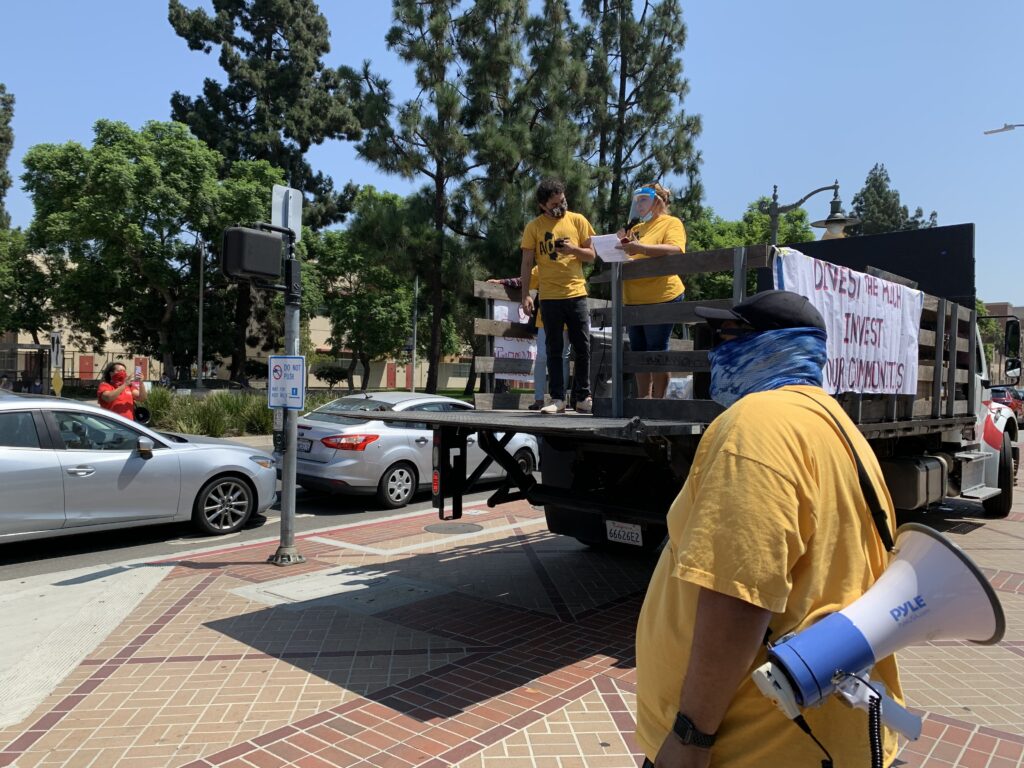 Speakers from the UNIDAD Coalition, ACCE, and the LA Tenants Union spoke out about the lasting economic fallout of COVID-19, and the need for our elected officials take swift action to ensure the long-term stability of South LA residents.
A recently released report by the UCLA Luskin Institute on Inequality and Democracy on the intersection of the long-standing housing crisis and the COVID-19 crisis warned that “[w]ithout intelligent planning and immediate action, Los Angeles faces the prospect of many thousands of people, including families with children, joining the thousands already on the streets or living in their vehicles. Unless Los Angeles officials take immediate action now, they will then be forced to scramble to erect something like refugee camps, on a scale never before seen in the United States.”
We’re not done turning up the heat at USC! Follow us on Facebook and Twitter for real-time updates!