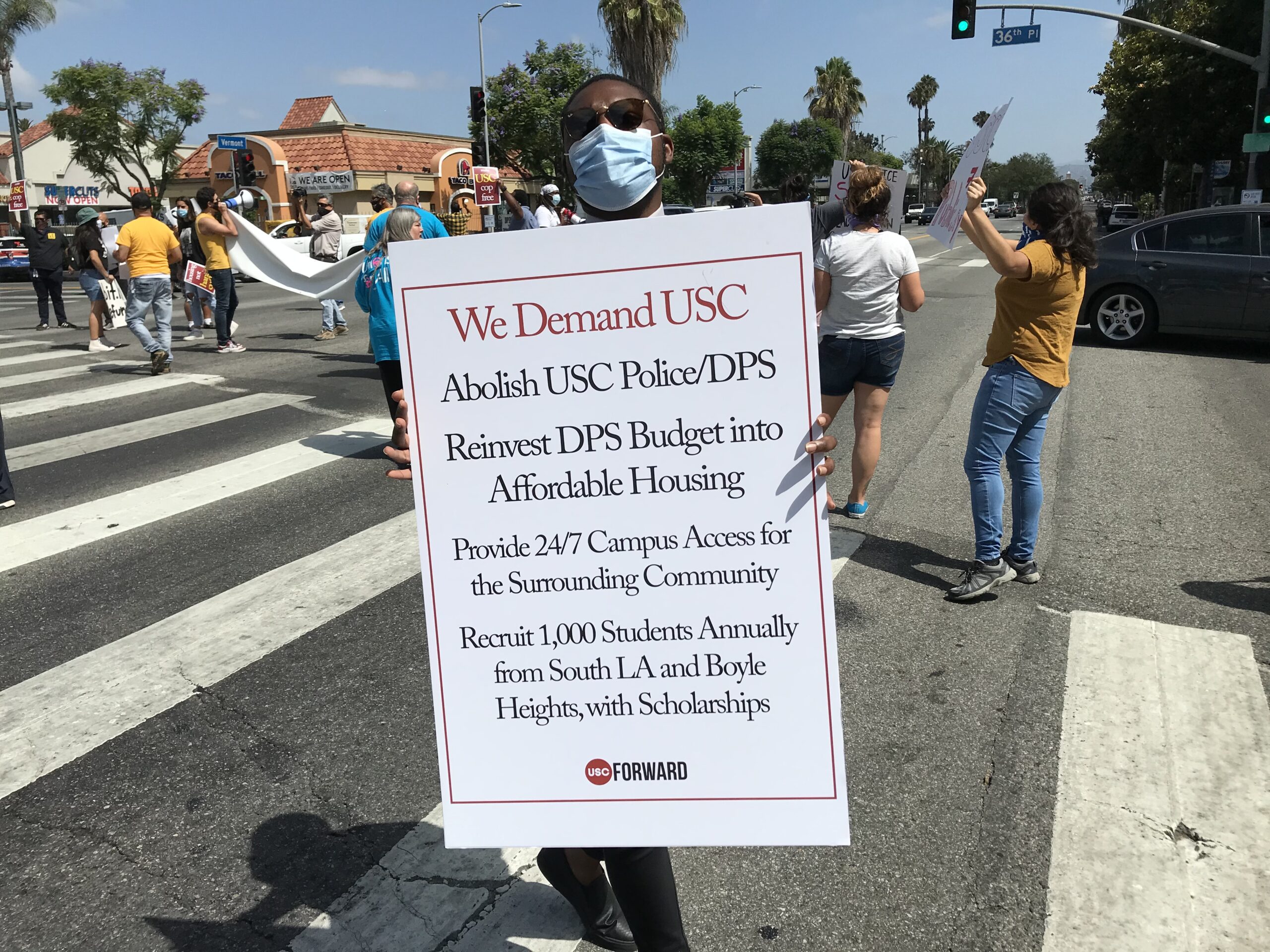 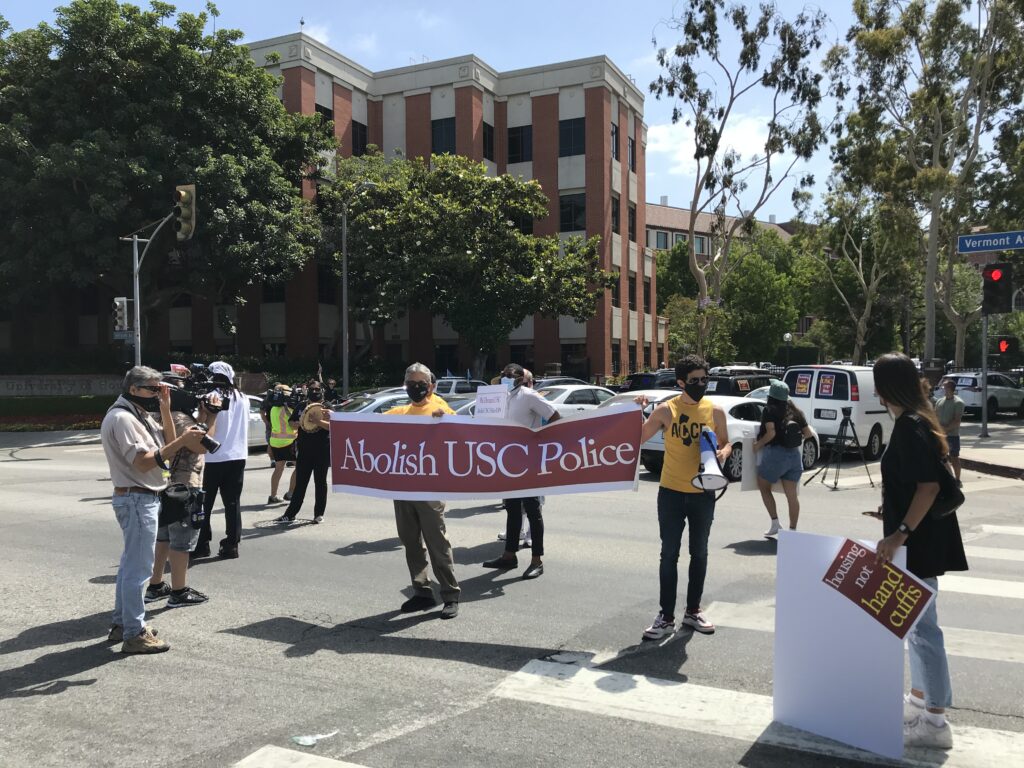 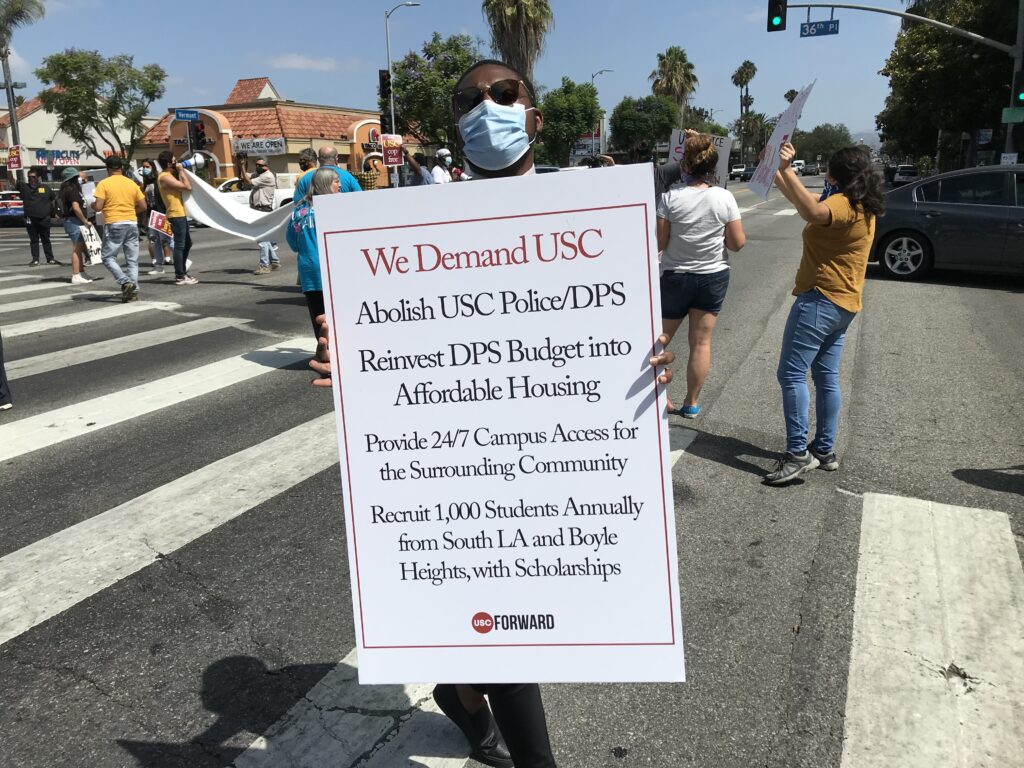 The USC Department of Public Safety operates through an agreement with the Los Angeles Police Department, and is one of the largest campus police forces in the nation, with a whopping $50 million annual budget. USC administrators have done little to address over policing and racial profiling on campus, despite substantial judgments levied against the Department of Public Safety in recent years.
While our caravan was initially stopped at the University’s gates, students, community, and labor allies blocked the intersection of Vermont and Downey for over 30 minutes with chants of “Abolish USC Police.” Soon after, campus security opened the gates, and our coalition led a delegation directly to DPS HQ. 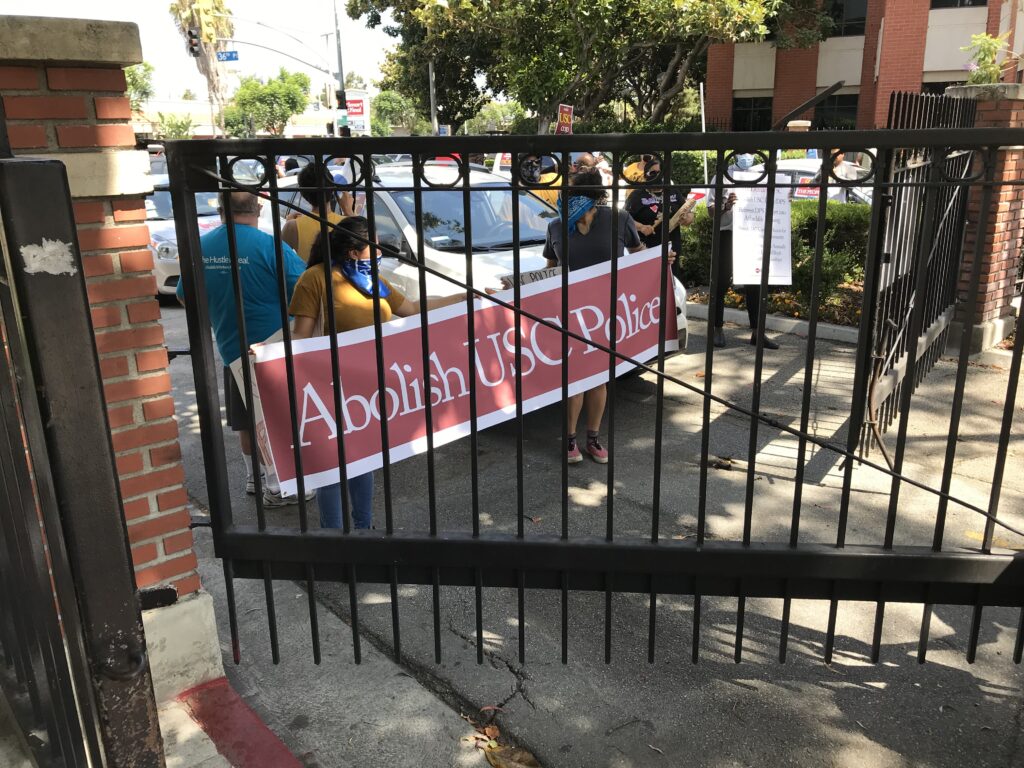 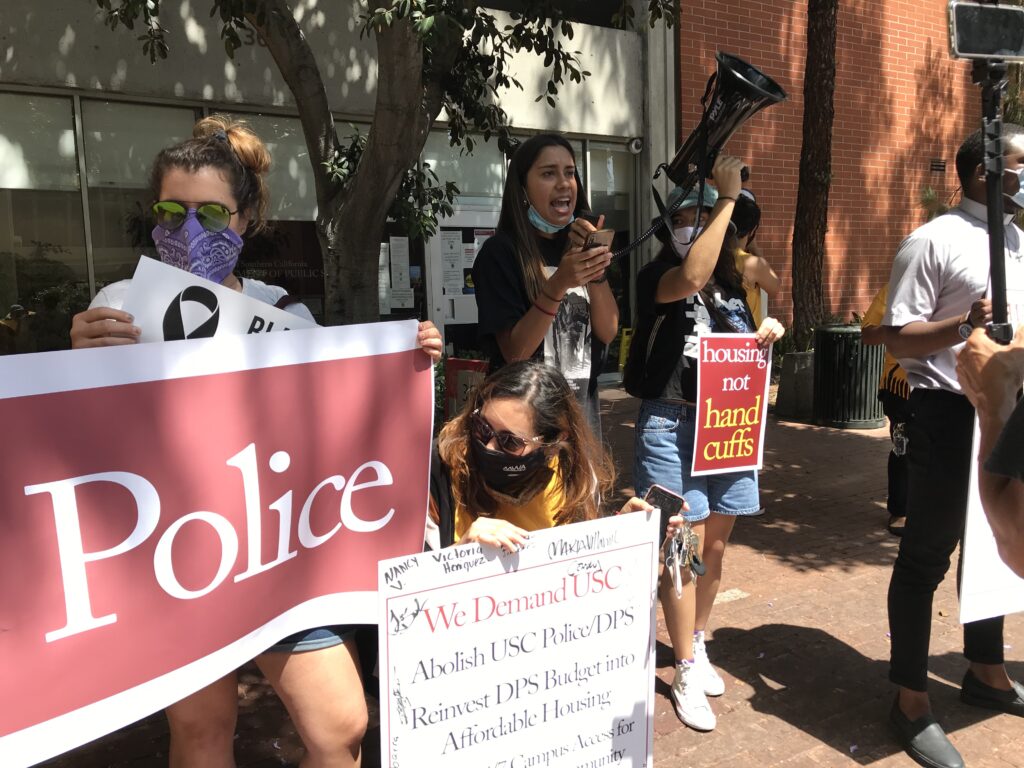