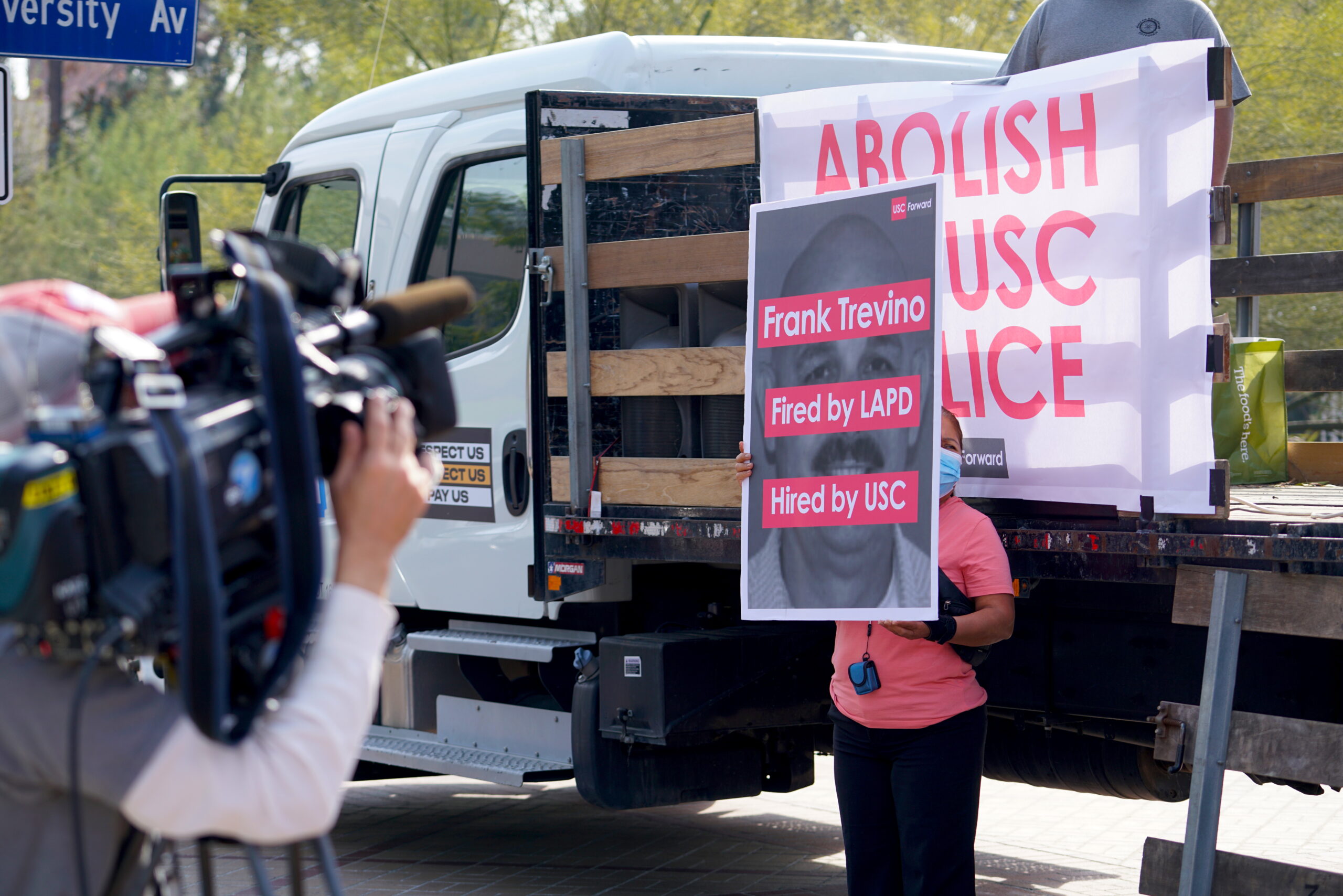 Dozens of students, community members, clergy, and labor allies led a car caravan today through South Los Angeles to the USC Department of Public Safety (USC-DPS) to hold a press conference demanding the university take immediate steps to abolish the USC police force and reinvest those funds in expanding scholarships for low-income students.
Our coalition, led by ACCE, Eastside LEADS, and the Southern Christian Leadership Conference, called on the University to reallocate $50 million from the current USC DPS budget to fund scholarships for 2,000 LAUSD students in the USC Nexus area, and to work with community leaders to develop an affordable housing land trust. 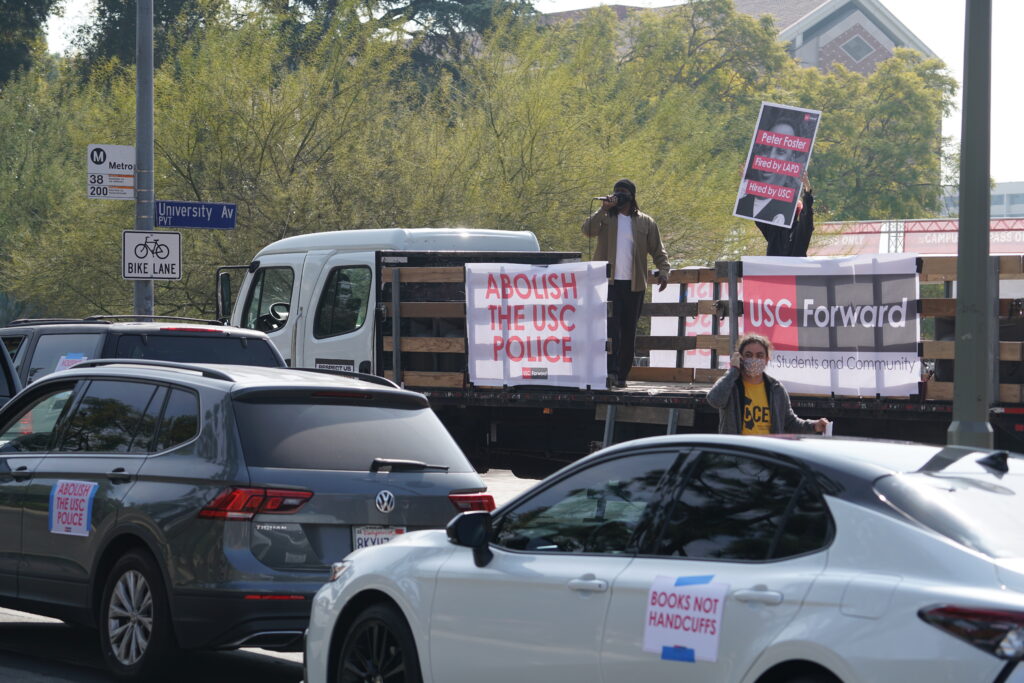 The caravan coincided will the release of our new report that exposes USC-DPS’ track-record of hiring former LAPD officers with a history of excessive force and racial discrimination allegations, credibility and dishonesty issues, and officer-involved shootings.  The most glaring example includes the hiring of LAPD Sergeant Peter Foster, who was at the center of a $1.2 million lawsuit stemming from racist behavior and pranks, alleging, among other things, that Foster gifted a Black officer a cake topped with fried chicken and a slice of watermelon.
In addition, the report highlights 4 other police officers with a record of documented misconduct allegations and officer-involved shootings and cites examples of the USC Police’s negative impacts on community members and students, particularly Blacks and Latinos, at or near the university campus and off-campus facilities. 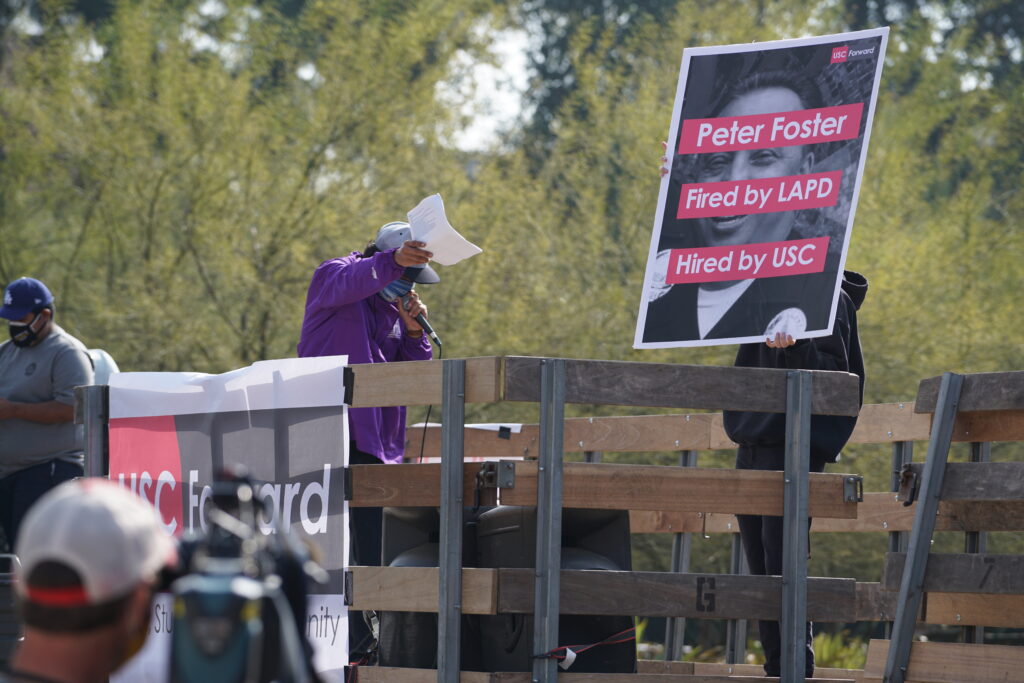 Black Lives Matter LA leader Melina Abdullah joined the caravan at the intersection of Hoover and Jefferson to call on USC officials to abolish the USC Police force after decades of racial profiling in neighboring communities.
“If there’s one place we don’t need police, it’s on our campuses. We say cops off campus – right now!” said Abdullah. 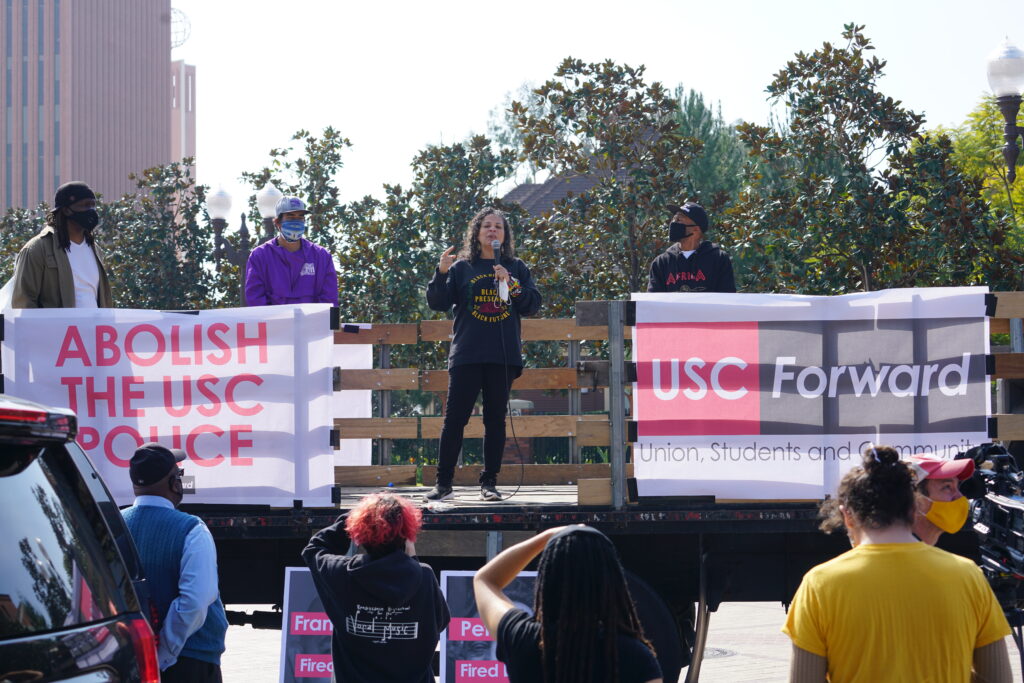 This is the second time over the past several months that our coalition takes to the campus to call on USC Officials to do away with its police force, and it won’t be the last.
Download the report here.

Capital & Main Takes a Deep Dive into our Report on USC’s Hiring of Officers...
Scroll to top