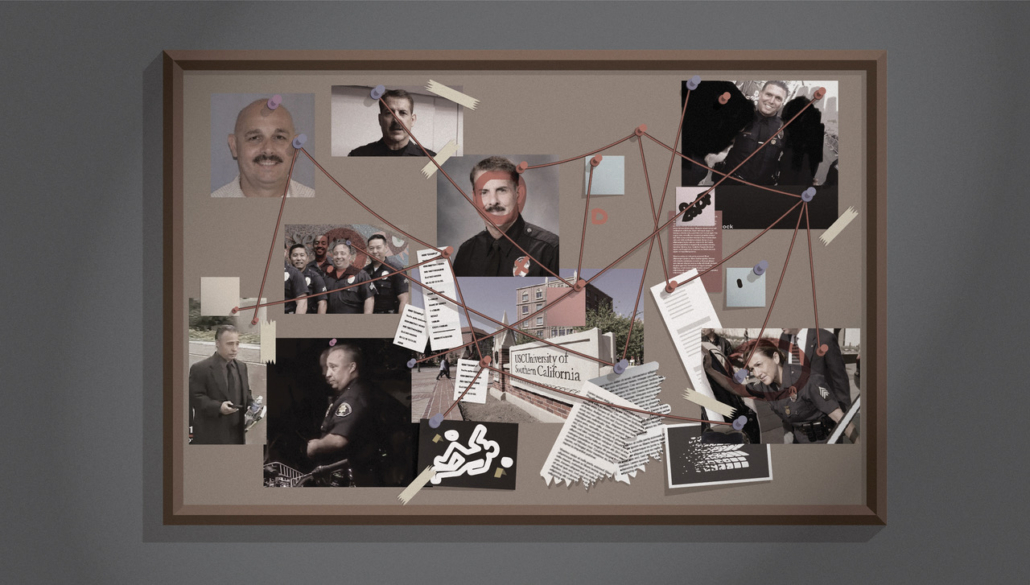 Capital & Main is putting our USC-DPS investigative report in the spotlight with a deep dive into what’s going down with the USC police.

In case you missed it, our report exposes USC-DPS’ track record of hiring former LAPD officers with a history of excessive force and racial discrimination allegations, credibility and dishonesty issues, and officer-involved shootings.

The Capital & Main article highlights several of the youth voices from the USC Forward coalition and the overall sentiment regarding USC’s over-policing in the neighborhoods where the university has facilities:

“These buildings appeared and then, boom — we get campus police everywhere,” says one community activist who, after this story’s original publication, requested the removal of her name for fear of police retaliation.

“We’re scared to even go outside now with everything going on. They’re not really securing [the street]. It’s more like they’re trying to control it.”

Officers now occupy nearly every corner of the neighborhood, she says, and they regularly stop locals they deem “suspicious” or “out of place,” even kids on their way to nearby Hazard Park.

Another Ramona Gardens native, Michelle Benavides, is a youth organizer with Eastside LEADS, one of the groups partnering with Local 721 to disarm the DPS. She says she saw a police shooting as a child outside her house. The recent sight of armed cops takes her right back. “We don’t need more policing in our community,” she says. “We need resources, we need family therapy.”