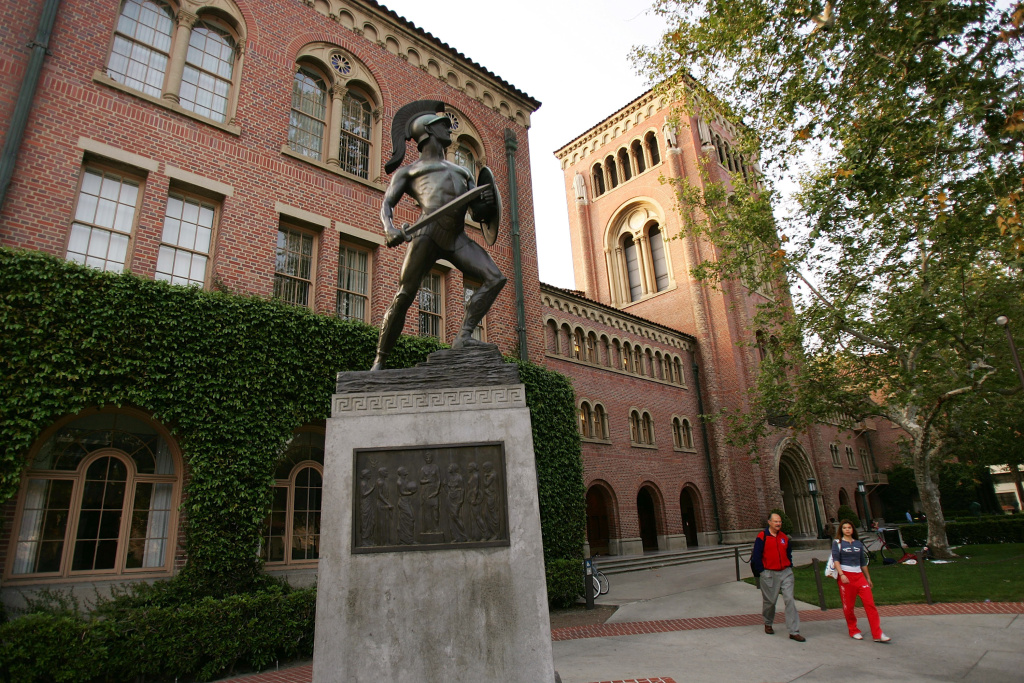 Fellow Graduate Students,
We at USC Forward stand with survivors of sexually abusive conduct by USC physician Dr. George Tyndall. For us, standing with survivors means fighting against an institutional culture that tolerates sexual violence. It also means advocating for graduate students, workers and community members whose voices have been and continue to be ignored by the administration.
On May 16, the Los Angeles Times published an article that included several accounts of sexually abusive and inappropriate behavior spanning decades of Tyndall’s tenure. Since the article’s publication, more than 300 students have contacted USC with further accounts of Tyndall’s abuse. Many of those include USC’s most vulnerable populations—international students, women and gender nonconforming students of color, and students for whom English might have been a second language. The university has done little to address the flood of allegations in a systematic and democratic way.
We hold the USC administration, particularly President Nikias and the Board of Trustees, accountable for permitting Tyndall’s abuse to continue for years. We share in the outrage of students, staff, and faculty who question why Tyndall’s actions were not reported to the California Medical Board nor to law enforcement after the first complaint.
As a graduate student union, we believe the scope of administrative wrongdoing extends beyond Tyndall. This is merely the latest instance in USC’s long pattern of neglect regarding  sexual assault and harassment across the university. In a recent climate survey, a staggering 30 percent of USC undergraduate women reported experiencing sexual harassment or assault while enrolled as a student. In that sample of 27 institutions, USC had the distinction of being tied for frontrunner. These alarming numbers indicate a problem not only with due process but a culture of silence and complicity, clearly evidenced by the university’s relationship with Tyndall and with other abusers on our campus. This is not to mention the reports of sexual harassment of workers we have encountered in our own and affiliated union organizing, where many vulnerable communities feel particularly forced into silence as their employment and education are on the line.
We believe the resignation of Nikias and the dissolution of the Board of Trustees are the first steps in a much broader process that must dramatically shift the University’s culture of complicity. The University should also account for the long history of sexual misconduct that the administration has ignored, dismissed, obscured, or misrepresented either in content or significance.
We stand firm with our fellow students, staff, and faculty to demand genuine and democratic accountability from the university. For us at USC Forward, this is an issue of our rights as graduate students and workers— the ability to feel safe, assured in our well-being, and the capacity to advocate for ourselves in our place of work and study. We demand a system that is concerned with preventing sexual harassment and assault and cultivating a culture of care that prioritizes the university’s most vulnerable populations.
The work to build a safer and better USC cannot happen alone. We ask you to stand with survivors of sexual harassment and abuse and those who have pledged their support in solidarity.
If you would like to be involved in our efforts or learn more about USC Forward, please contact us at [email protected] to receive updates and information on upcoming meetings and actions. We will be organizing in coordination with student and faculty groups in the weeks to come, and hope you can join in solidarity as we fight to create a university we can all be proud of.
Muriel Leung, Ph.D. Student, Creative Writing & Literature
Dylan Howell, Ph.D. Student, Cinema & Media Studies
Robert Chlala, Ph.D. Candidate, Sociology
Sean Angst, Ph.D. Student, Public Policy & Management
May Lin, Ph.D. Candidate, Sociology
Ramin Ghoddousi, Ph.D. Student, Neuroscience
Vishnu Sridharan, Ph.D. Student, Philosophy
Rachel Elizabeth Moran, Ph.D. Candidate, Communication
Mariana Uchoa, Ph.D. Candidate, Neuroscience
Kirsten Lynch, Ph.D. Candidate, Neuroscience Graduate Program
Tom DePaola, Ph.D. Student, Urban Education Policy