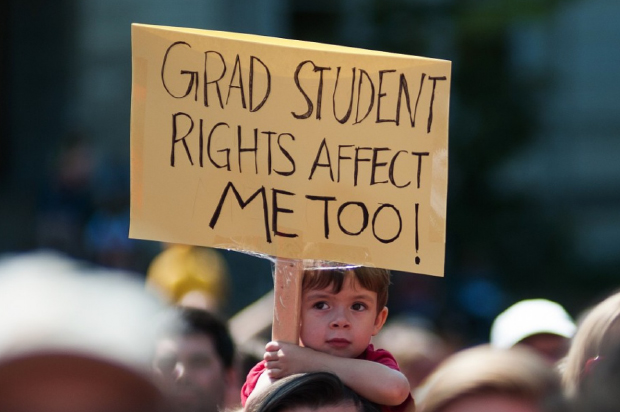 “The National Labor Relations Board ruled Tuesday that graduate students who work as teaching and research assistants at private universities are school employees, clearing the way for them to join or form unions that administrators must recognize.

Debates about the role and rights of graduate students have emerged as more universities rely on low-paid adjuncts and doctoral students, rather than full-time professors, to teach — a model that has been widely criticized as exploitative. Though adjuncts are making inroads in their fight for higher wages, graduate students have struggled, in part, because the work they do is often a component of their education.”